We woke up, ate some crappy continental “breakfast” which included some sad bagels and muffins, and went on our way. Our first stop was the Four Corners Monument. It is the only spot in the nation where 4 states intersect. This monument is on Navajo land, so of course that means it has a fee to enter, $3 per occupant in the vehicle.

This area is very remote, so if you plan on visiting, make sure you have plenty of gas in your vehicle as well as water and food.

The monument itself was recently redone with granite and brass. Now, a top travel tip. The above photo is what you are going to see. This place is not particularly pretty, particularly interesting, or in my humble opinion, worth the time to travel all the way here (about 1.5 hours from anything else of significant interest)….I just want you to understand that the above photo is LITERALLY what you are going to see here. It’s one of those places that you can say “I’ve been there” and cross it off the list….this and Mt. Rushmore, although at least Mt. Rushmore is technically impressive, and has beautiful surroundings.

Leaving slightly annoyed, we left the Navajo lands and headed to our second stop of the day, which was the Mesa Verde National Park. This was an almost 2 hour drive so we grabbed a quick snack, and were on our way. After driving for about an hour, I saw something in the distance. I saw a dirt road that didn’t appear to be a driveway (it was marked with a state sign) and it appeared to lead into the mountains…so I said why not…turned the wheel, and off we went…having no clue where this leads.

After driving on dirt/gravel for some time, we came across this place… After another hour of driving, we arrived at the Mesa Verde National Park.

Inside the visitor’s center they had a few displays showcasing the terrain, the lifestyle of the pueblo people, etc.

There is a real reason to stop here, you need to pick up tickets for the tours of the several cliff dwelling tours. They have several, but the one you want is the Cliff Palace. Those are the ruins you see in brochures of the park. However, you need to get there early because the tours fill up fast. They take 50 people per group, and the earliest tour left was 5:00PM. Since it was only about 1PM, we figured we would go check out the park and kill time.

After over an hour of driving (roads are windy, park is HUGE and speed limit is low,) we were starving. We decided to find a quiet picnic spot and set up shop.

Always a nice morale booster to have a nice hot meal in the middle of nowhere, and not have to spend $17.50 on an order of chicken fingers at a sad park cafeteria. This little grill has been one of my best purchases for expedition travel, worth every penny.  If you are interested in purchasing one, you can do so here.

After lunch, it was about 3:45 so we headed towards the tour location. Right before the cliff dwellings, they had a little building called the museum, where they showcase the lives of the pueblo indians, the ancient inhabitants of these lands.

Inside were a few cool dioramas; Im a sucker for paleontology and thought this was extremely cool

At this point it was time to start making our way towards the tour start point and wait for the ranger, but a storm was about to roll in…

Before we got in the jeep to head over to the tour, we realized there were some dwellings that we could check out without a tour for free right next to the museum, so we decided to do the short hike and take a gander.

These dwellings were in natural alcoves, so they make excellent shelter from the elements and predators. One of the many religious ceremony wells

The area seemed to have been impacted by a wildfire a while back, so the landscape seemed to be slightly “silent hill” looking, but my god…look at the roads…I would have LOVED to have my s2000 here (along with many other places I’ll be showing you later)….

My s2000 for those of you that have no idea what I am talking about…. 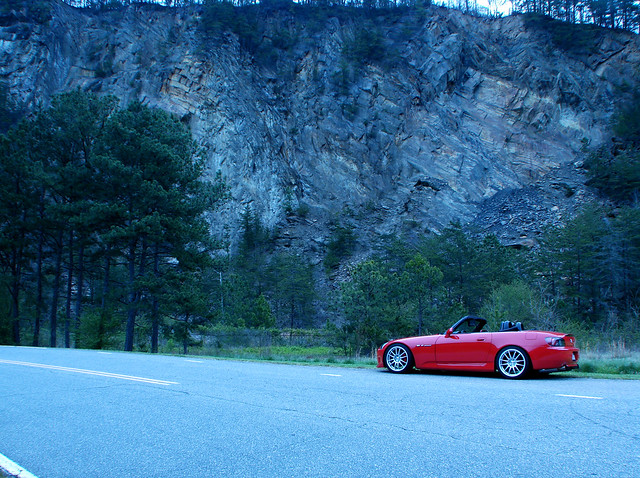 Parked the Jeep, but before we can go to the tour, we were attacked by a wild animal…

So we started the tour, and the ranger spent about 20 minutes talking to us about the environment, the people, etc, before we started moving. She warned some of the older folks that there would be some very narrow squeezes, some ladder climbs, etc, and if they feel they can’t cope they should turn around now. It would be nice if the ticket sales people offered this advice to people, rather than a ranger at the scene AFTER you already paid.

Example of one of the climbs… It was interesting to see, but it wasn’t that different from the free dwelling you can see near the museum. If you are interested to hear some of the details, I’d say the tour is worth it. If not, I think you can skip it. The tour kept going, but we had a long drive into Telluride, so we took the nearest exit and left. Telluride is the start of the real adventure, and the real reason I wanted to come out here….for real Jeepin’. So, with 220 miles (long miles) to the town, real adventure awaits.

On the way out of the park, we saw some wild horses, not something you see everyday…being from NY anyway. After a LONG drive of almost 4 hours, we finally arrived at the foothills of Telluride…the scenery kept getting prettier and prettier…it was cool to see Moab style red rock mixed with the green vegetation.

On one section of road the speed limit was 60mph, and a bird flew right into the front of my grill…the impact killed him instantly and somehow he rolled up onto my hood.  RIP little buddy.

Finally, we arrived to the proper rockies…the views were incredible…. Finally, after a long day, just as the sun was beginning to set,

we arrived in Telluride….

Since we didn’t have any reservations  and had no real plans, we needed a place to stay, so I hopped on hotwire and booked a room at a “4 star hotel”….after booking, I found out that it was The Hotel Telluride, which turned out to be a very nice boutique hotel, with every room having a balcony, a fridge, a microwave, a king bed, and a plasma.

After a LONG day, it was time to call it a night. Tomorrow would be another day, and the real adventure begins.