Today would be a “relaxing day” and our last day in the San Juan mountains. If anyone asks you to envision what offroading in Colorado would be like, they are probably going to describe the San Juan’s. They are just epic. On the way out of town, I saw a Land Rover Camel Trophy truck, which I found out later belonged to one of the guys that worked at our hotel.

A few months later, Expedition Portal put out an awesome article on this very vehicle, and the crazy history behind it. 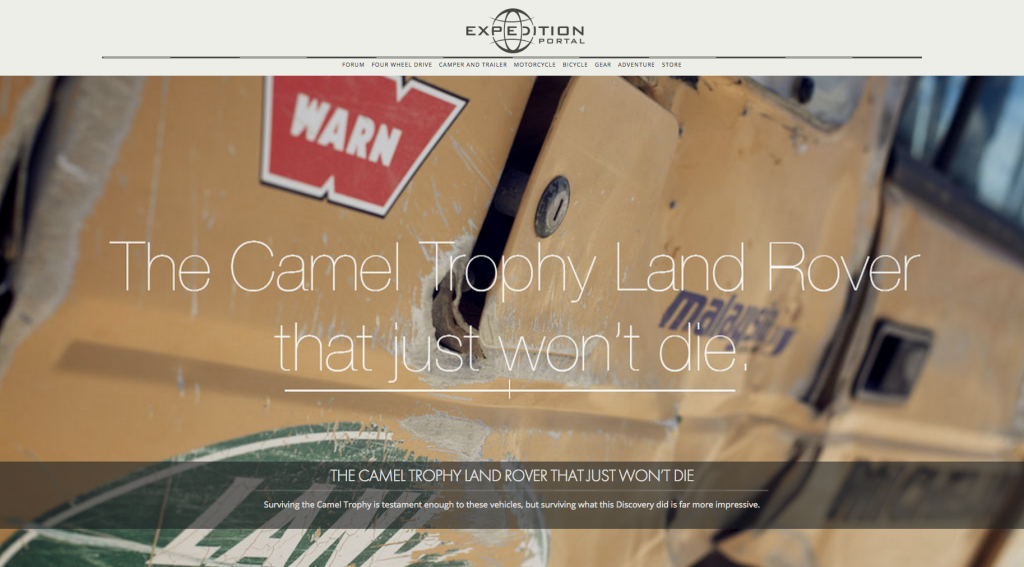 Click the photo to read about this historic vehicle

The first stop of the day would be Yankee Boy Basin. This is a beautiful mountain pass with many amazing landscapes. As we started the trail, we encountered a deer. The poor thing had nowhere to go, so he ran up about a mile before he was able to pop to the right into the brush.

Heading up to Yankee Boy was a gradual easy climb at first, although narrow in some spots.

Some more remnants of an old mine

Our first (and only stop) on Yankee Boy Basin were the Twin Falls. These waterfalls are used in the coors commercials.  We only had time for one stop due to the fact that we had a tight time table, and had one more trail to run before end of day. Once again, the landscape was awash with wildflowers, really an amazing sight to behold. This is probably one of the most beautiful spots in the entire state. (where the falls are.) After we enjoyed the amazing waterfalls, we decided to run one more trail and then head back into town.  Our final trail of the day was Porphyry Gulch. This was a tricky one to find. The start of it looked like a runaway truck ramp, and it was off a 50mph road. After a few U-turns, I finally found it.

The road started off pretty mild (a bit rocky) and climbed right away.

Out of nowhere, we see this little cabin up on the side of the mountain, all by itself…this person sure likes their privacy.

Most of the non SLR shots were taken by my wife, so I am going to use images I found on google (the next 3 images) to illustrate my story, since she was too busy freaking out and didn’t take any. As we got higher and higher, we got to a section that had a sign which read something along the lines of “motorized vehicle travel not recommended”…I found this kind of weird, since my guidebook did warn me about it being a narrow shelf road, but nothing about “DO NOT DO THIS”…the trail is also rated moderate, not difficult, so I didn’t think much of it….wrong again.

This is the view of the “hill.” The sign would be to the right of this Nissan Xterra

Obviously on this road you cannot turn around, so up I went, and made it just up to about where this Jeep is…maybe a little bit further.

I made it to a point where basically my passenger tires were as far over as they can be before I start damaging the body, and my driver’s side tires were literally on the edge. I creeped forward a little bit, and saw that my driver’s side tires are now actually only 1/2 on pavement and 1/2 in the air, dangling off a cliff. At this point I made a safety call, and told the wife this isn’t happening. My stance is just too damn wide to make it through safely, not to mention, coming back, I wouldn’t be able to monitor the cliff side tires. Now for the fun part….backing down this steep, narrow slope. The wife literally turned white and was extremely nervous. She breathed a sigh of relief like I have never heard when we got to the bottom of that switchback.

I’m actually glad we didn’t make it further. The road apparently gets worse and worse, and it would be impossible to back up on this, so once committed, it’s all the way or nothing.

After that, we came back to Telluride just ahead of the sunset, ate dinner, and went to bed. The following morning we are leaving the area and headed to Aspen.