This story is somewhat of an interesting one, as none of it was planned.  It was almost as if a higher power intervened and put us into a situation that was meant to help someone and bring them joy.  This trip began with a few of my photographer acquaintances from around the country meeting up outside a small town in West Virginia for the purposes of casual landscape photography.  We were just having a good time, shooting together, sharing workflows and techniques, having a meal here and there and shootin’ the breeze.  On one of the days, we were on our way to check out an old deserted ghost coal town called Thurmond.

The railroad that leads into the town 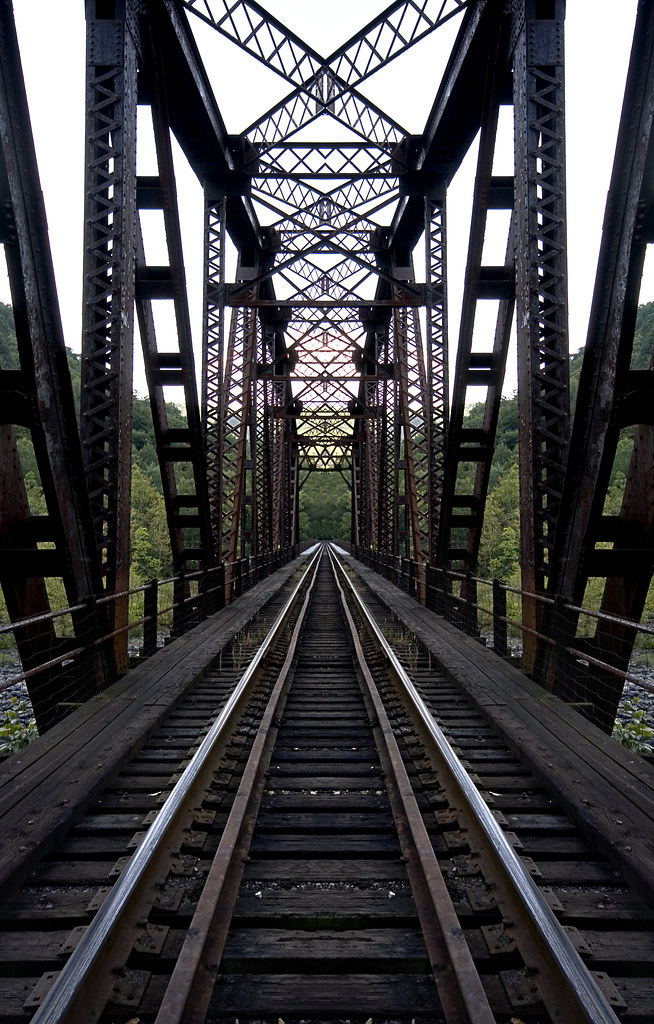 On the way there, we were driving up some very twisty mountain roads, and we saw some beautiful patches of wildflowers, so we decided to pull over and enjoy a little macro shooting. 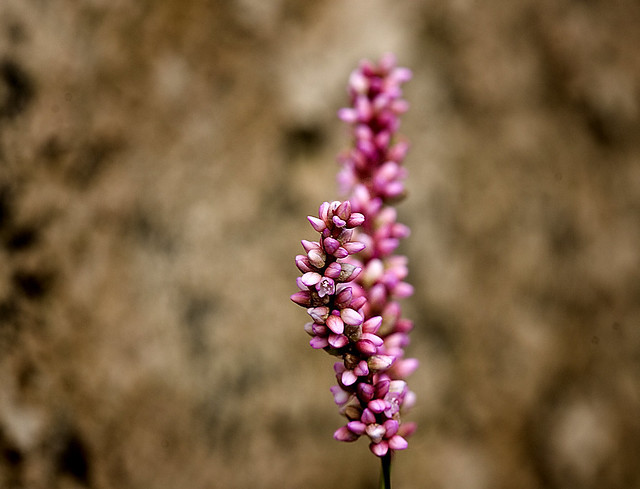 We noticed that there was one other car there, and a man standing around the bend. He quickly came over to us and asked us….. “Hey, would you guys mind parking up the hill a little bit, I’m kind of trying to do something if you know what I mean.” All three of us were very puzzled, and we didn’t really know “what he meant.” So, to oblige the orders the young man gave us, we parked up the hill. However, being a jaded New Yorker, curiosity got the better of me. I walk over to the young man and ask him what is going on and what he is doing. He then apologized for possibly being rude, as he is nervous. I then proceed to ask him….”Why are you nervous…?” He replied….”I am about to propose to my girlfriend, she is on her way here right now.” Now mind you, “here” is actually in the middle of nowhere….we are about 3 miles into the woods 😀 .  I said good luck/congratulations, and went back to the truck to pack up my gear and head into the town. While all of us were packing up our gear, I looked over at the young man, and as a photographer, felt sorry for him. Here was a nice guy, about to propose to his girlfriend, and he won’t even have any photos of his engagement. I consulted with the other guys, and asked them…”hey, you guys feel like doing some charity work?” They all looked at me, saw my face, and agreed. So, I walk back to the young man, and tell him it’s his lucky day. 3 Professional photographers pulled up, and are willing to shoot this occasion 100% free of any charge. He almost cried. So, after 200 “Thank You’s” he asked us to hide if possible, as his girlfriend has no clue as to what’s going on. We quickly took out the big white lenses, and headed for the bushes. So, these are some of the shots I snapped. They are not 100% composed correctly, but from my vantage point, I simply couldn’t get the guy’s face in. I also left my 400mm back at the hotel, as I didn’t think I was going to need it. So, let me know what you think….. P.S. Since there were three of us, we all decided to edit them in different styles, as otherwise, he would end up with 3 sets of the same shots. He had a bouquet all ready to go….one petal fell off, and I thought it would make an interesting shot… 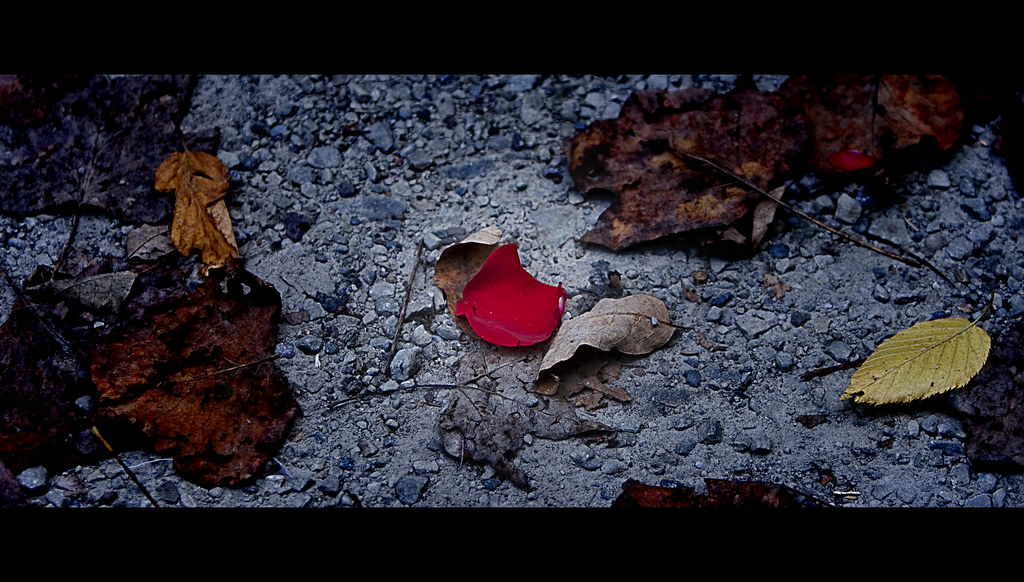 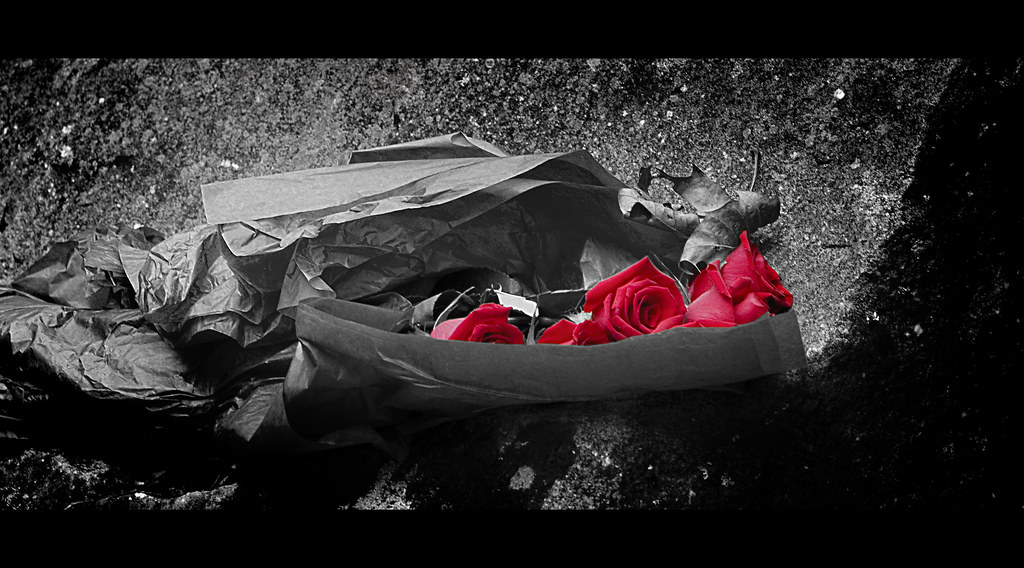 Here is how we found him standing around the bend….nervous as all heck…the things in his hand are a bible, and on top of that, a ring box. 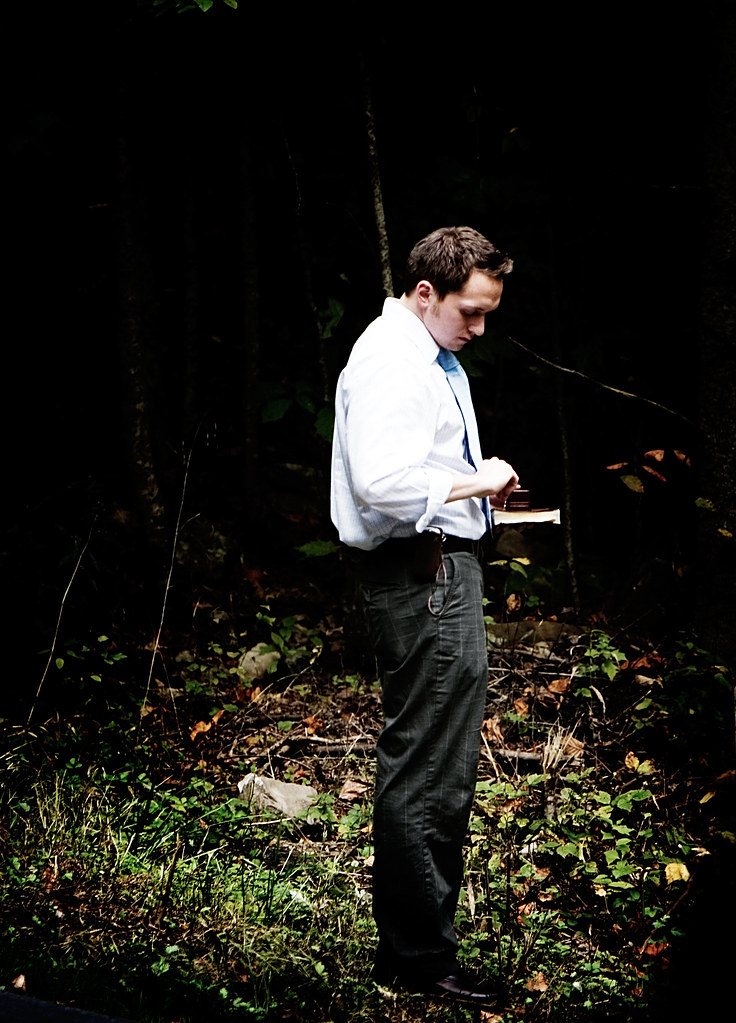 Now, 15 minutes later, the girlfriend arrives. She has no idea what this is, what he is doing, and as far as she is concerned, they are the only ones for MILES. She probably thought it was just a romantic picnic or something… 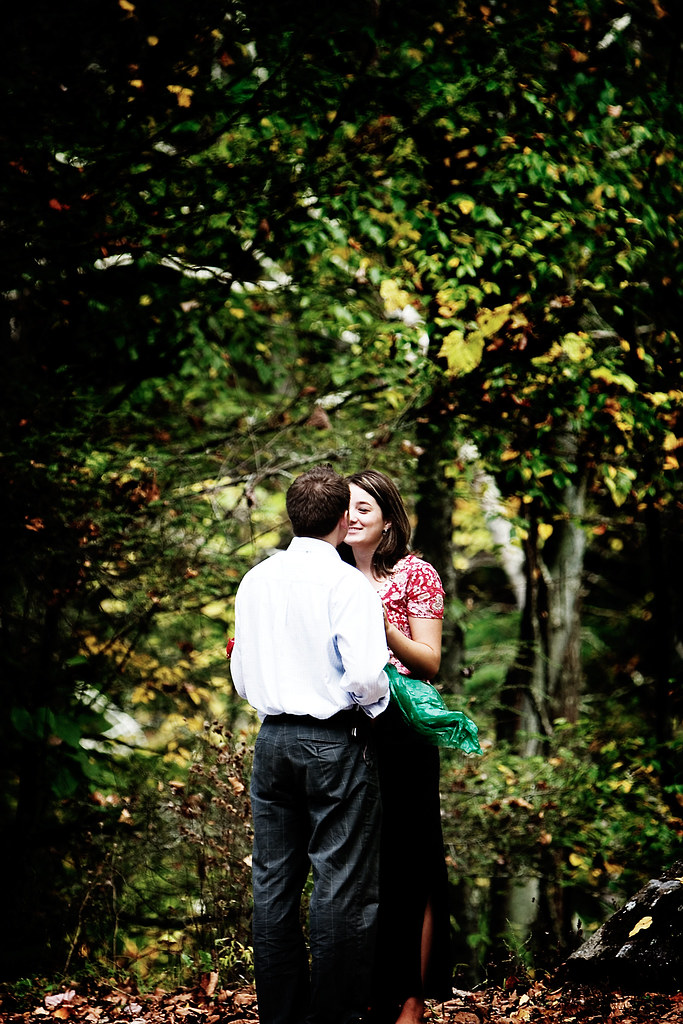 After some small talk, he finally drops to one knee. She was stunned. Also, due to the fact that she thought they were alone, she wasn’t embarrassed to show her emotions, which made the shots a bit more special. I cursed like crazy under my breath for not having my 400mm at this point, and she would have seen me if I ran back to the truck to get a 1.4X TC. (I was using my 70-200mm 2.8IS) 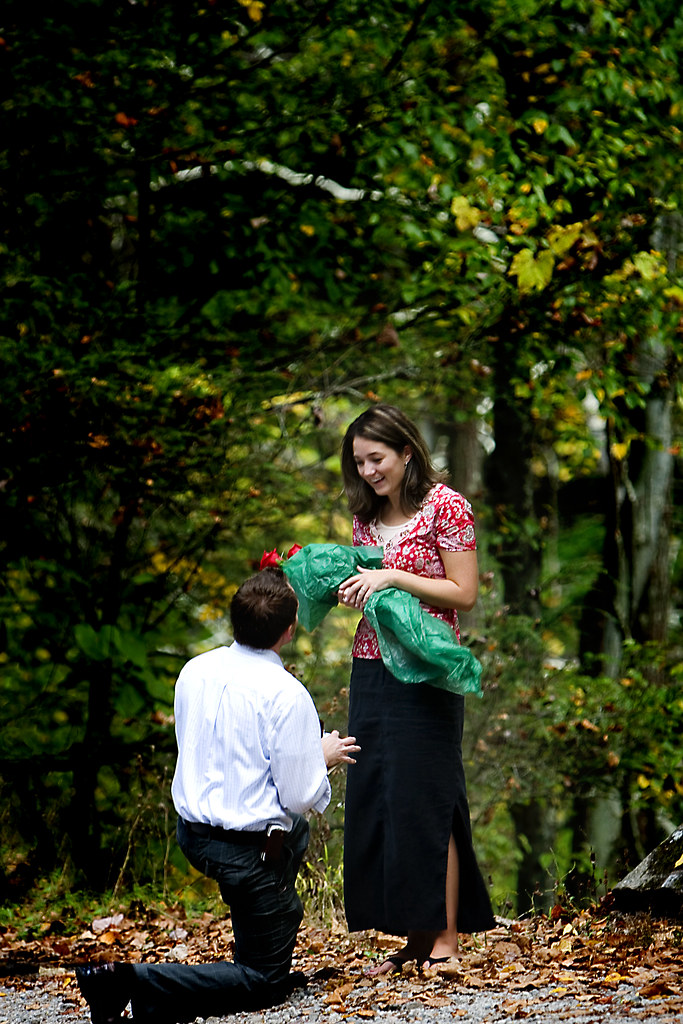 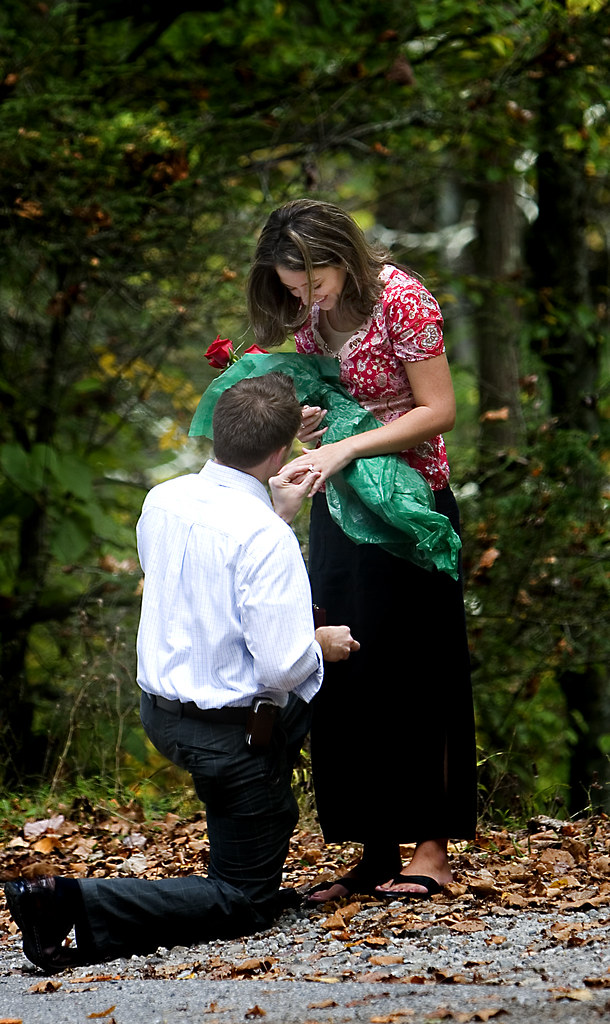 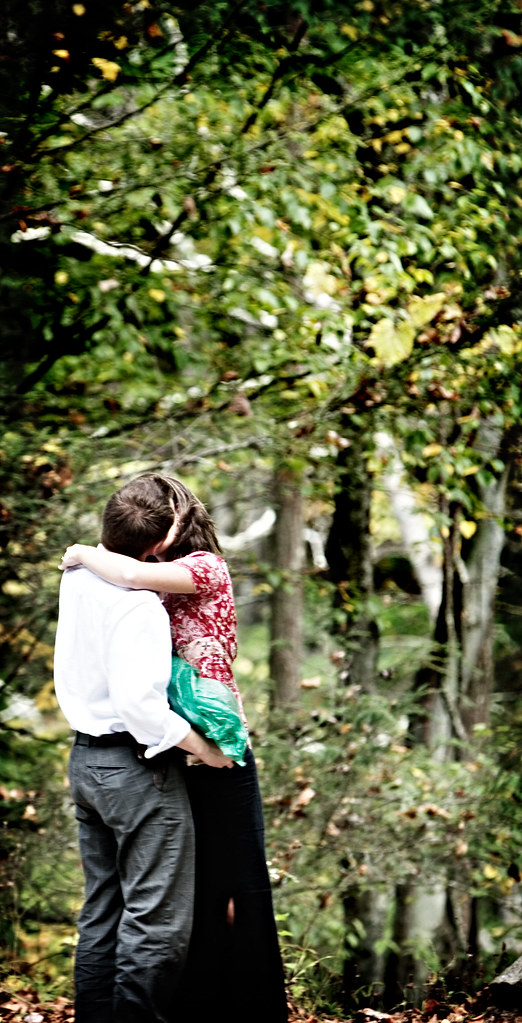 A branch fell, so she looked to her right. At that point, I did a NAVY SEAL move and dove about 20 feet forward behind another rock…she still has no idea anyone is around…. 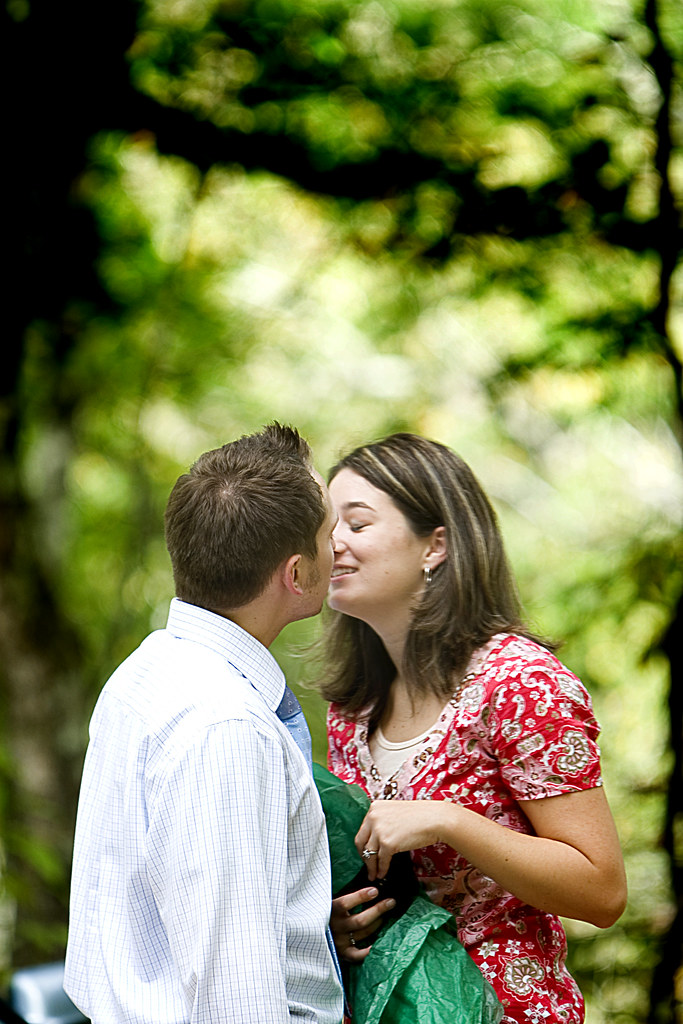 After the above photo, they were talking, during which time, I kept creeping forward to get closer…trying not to rustle on the dead leaves all over the place…. 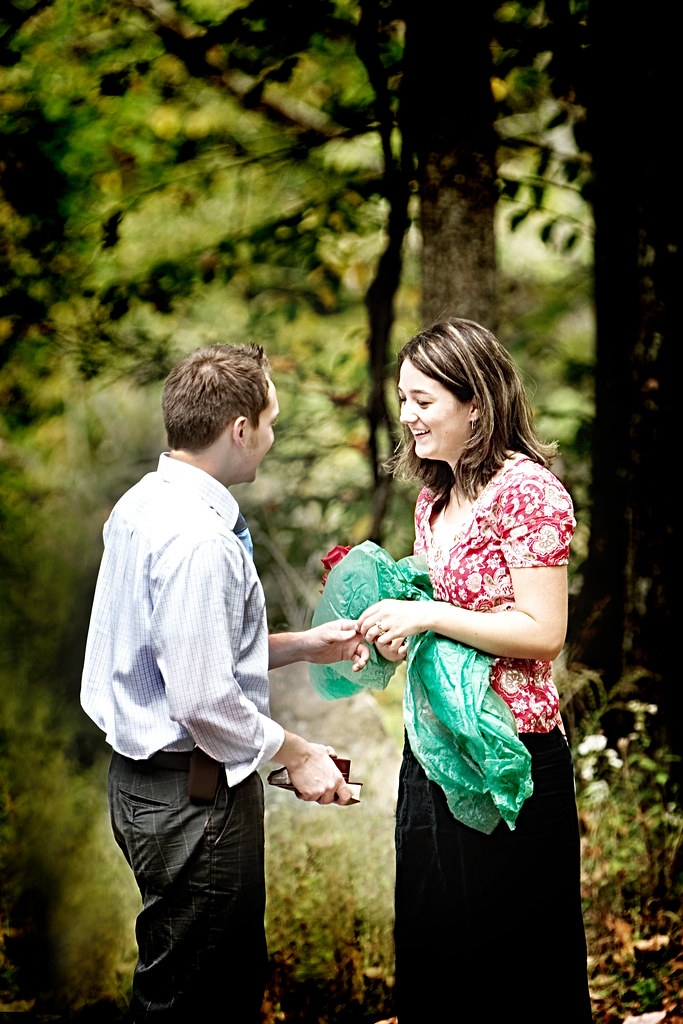 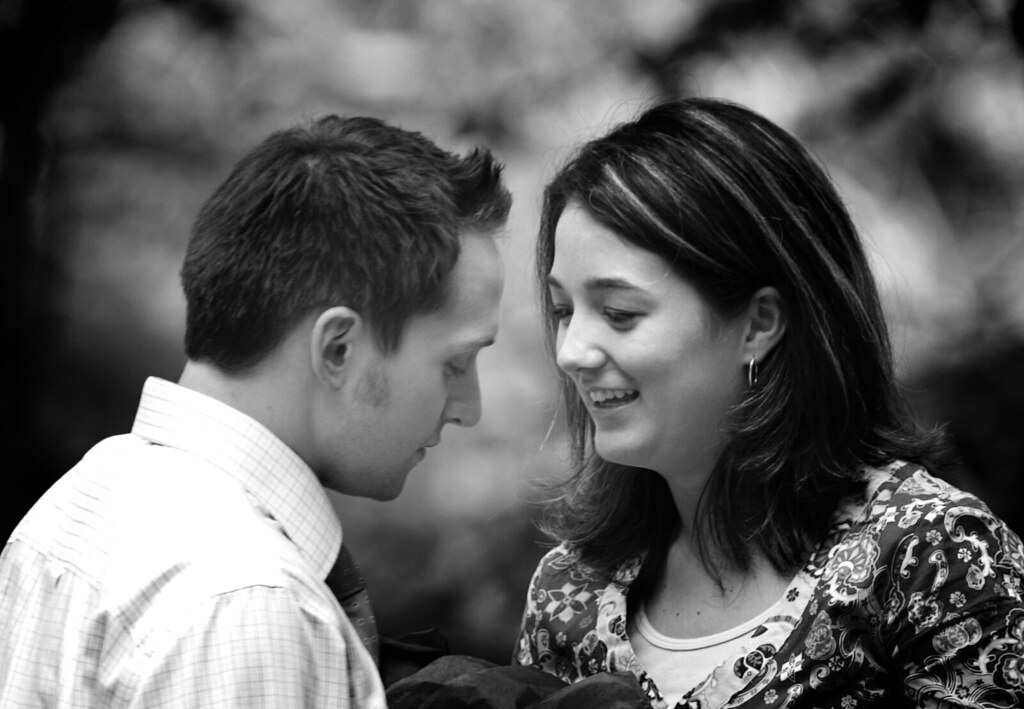 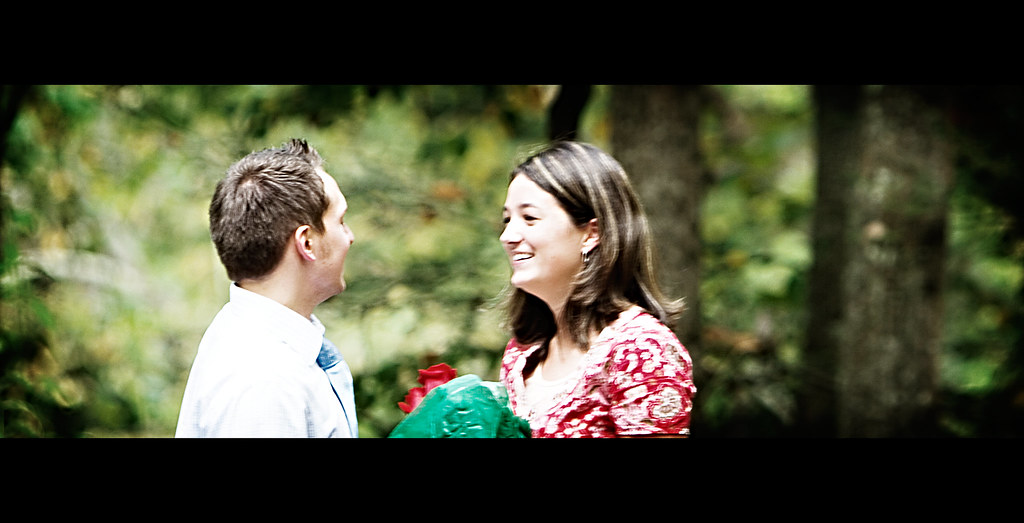 When everything was done, and they were heading out, he told her he had a surprise, at which point, all three of us popped out like gophers, and congratulated them. She was almost in tears, and it really made her day. So, they were very happy to get the photos taken, as now they will remember this moment for the rest of their lives, and I was happy with myself for helping someone else who didn’t ask for it. I do believe in Karma, so hopefully, I’ll get it back one day. Also, two lessons out of this ordeal….First, if you can, help someone out, money isn’t everything and second, never leave any of your gear behind when you are on a photography trip. You never know when you are going to need a piece of equipment to get that amazing shot.  Thanks for reading and remember, life is a journey, take the dirt road.