Wanderings of The West

The next morning, waking up refreshed and energized, I wanted to run a few more trails but the wife suggested that we have a “relaxing day” which meant “get your fat butt up and hike” and that we should go into Arches national park and actually see the entire park. I have been to Arches 3 times now, and have always seen the same thing…balanced rock, the formations at the park entrance, and then delicate arch, at which point, I was exhausted from the hike and wanted to leave.

I thought that was a fine idea, so I took her up on it. We woke up decently early (sun sets early so if you want full day of stuff you can’t sleep in until noon), filled up, bought food for later, and headed out.

As we entered the park, the wife kept saying how a lot of the rock formations look like certain parts of the male anatomy….I have no idea what she is on about…..

In actual fact, this formation is actually well known, and is indeed called “the phallus.”  You can read more about it here.

The last time I was at balanced rock, the wife wasn’t with me, so we stopped again.. 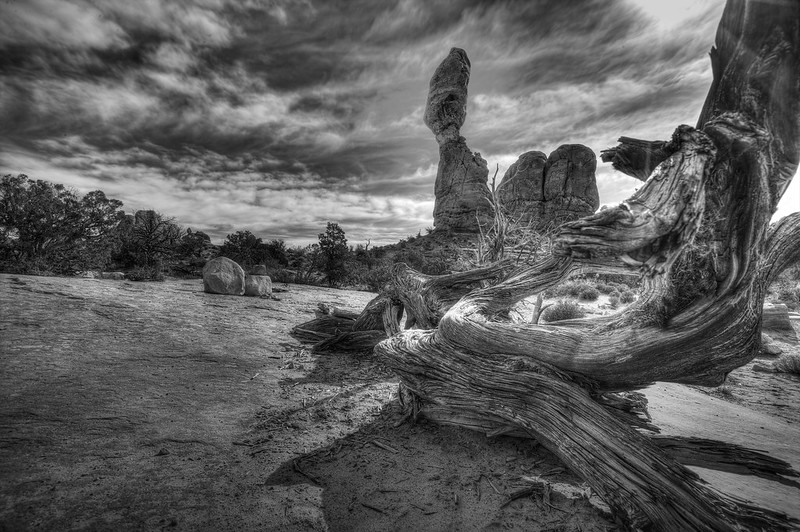 After Balanced rock, we went towards the garden of eden, a place I’ve actually never been….cool to see now capped La Sal Mountains in the background. 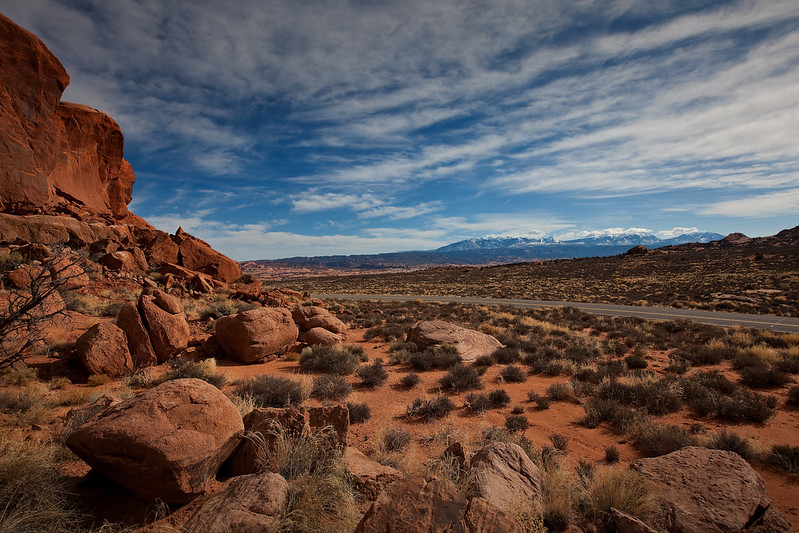 Honestly, some of the best sports car roads anywhere…if Top Gear ever does another “best driving roads” specials, this should be on it…well, other than the speed limits…. 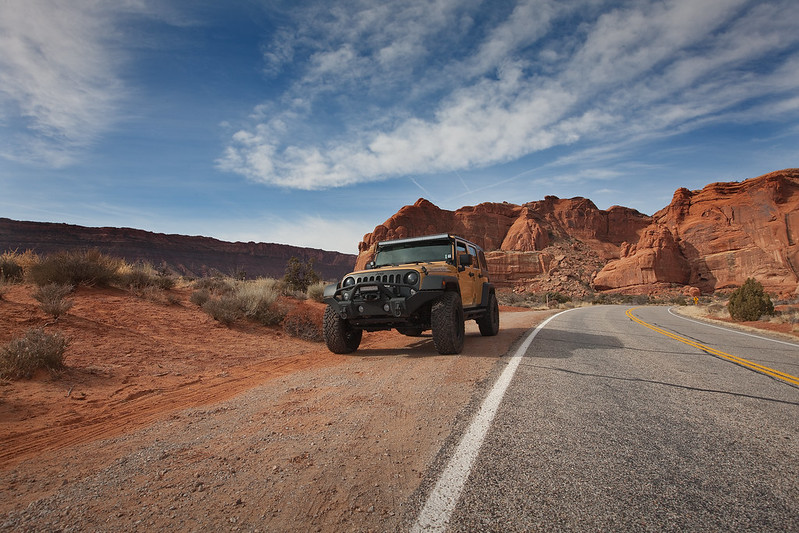 Finally arrived at the Garden Of Eden 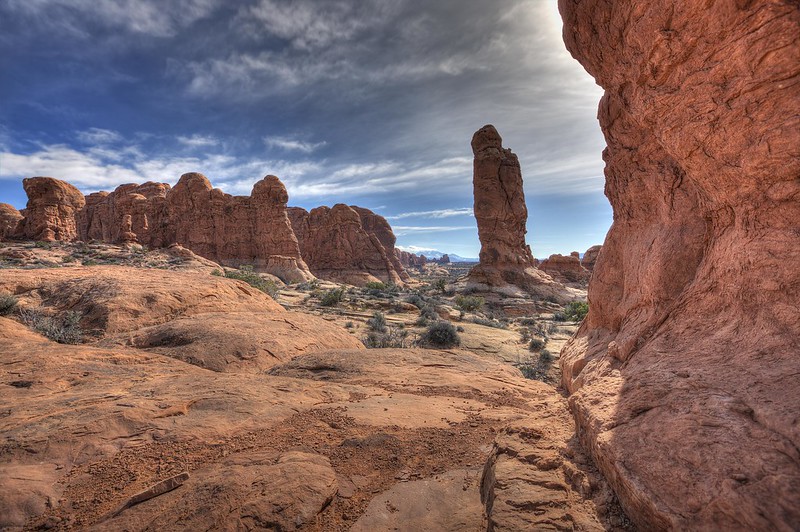 The day and weather were truly perfect….T-shirts in February….who would have thought. 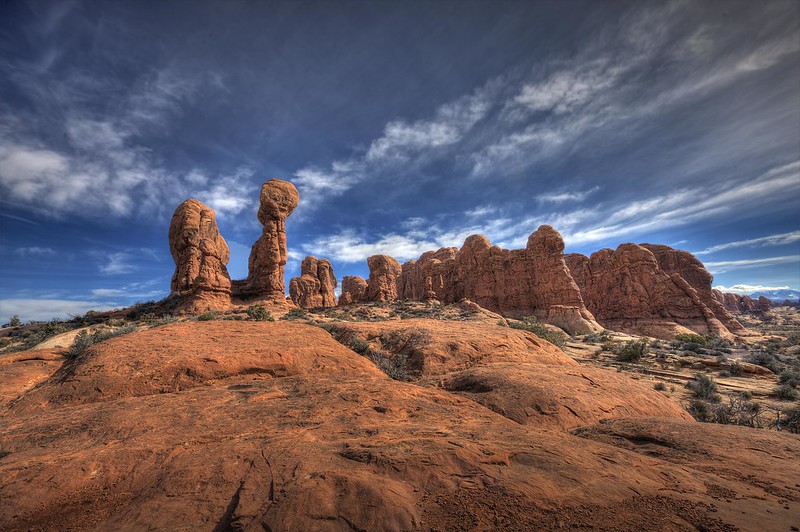 Photo of the north window with the wife in it for scale…. 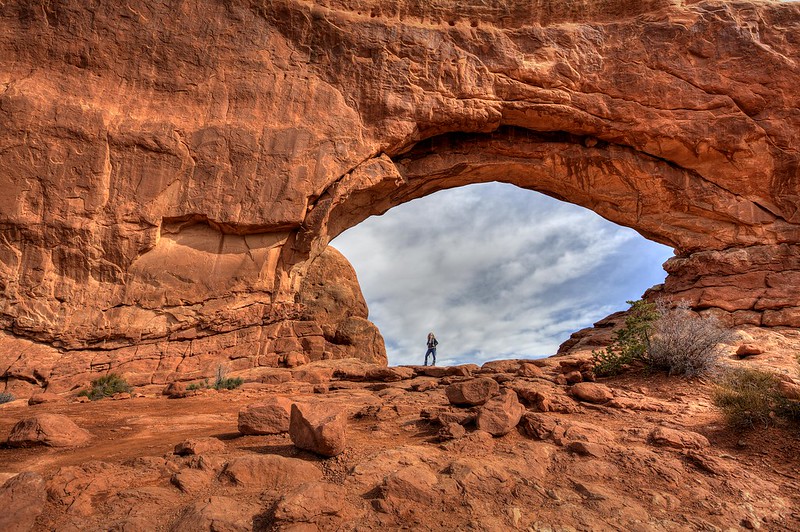 From the North Window, it was a short hike to tower arch, where we waited a little bit for the light to become a bit more favorable and move a bit to the west… 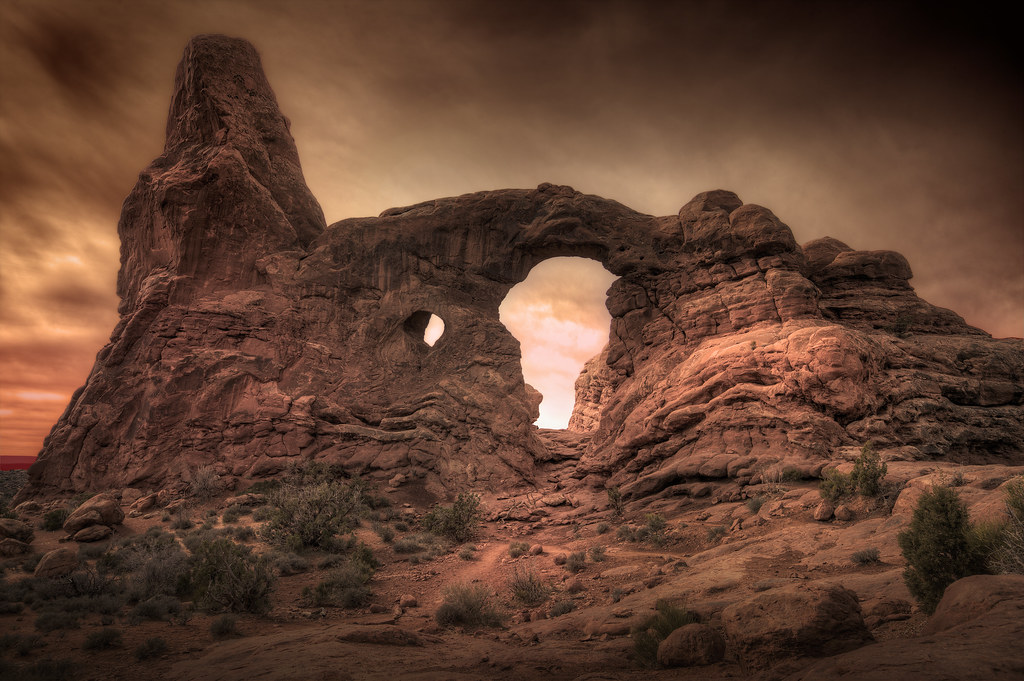 After a whole bunch of hiking, it was time to lunch it, so we went to find a nice quiet spot and set up shop…

Found a nice little spot with no one around and utter silence…few people have experienced the pleasure and beauty of utter silence…and even fewer if they are married. 😀

Then we proceeded with consumption of mass quantities.

After a fantastic lunch and about an hour of sitting there and breathing in fresh air, we cleaned up, and headed out to see 2 more arches, (technically 3) – landscape arch and double arch….the only problem was, it was already nearly 5pm…but we went anyway, since I actually had headlamps this time (unlike the time I was caught in pitch black darkness hiking back from delicate arch).

We arrived at the Devil’s Garden parking lot, and the sun was beginning to set, and I didn’t really know how long the hike to the arch was….when we got to it, it was fairly dark already. 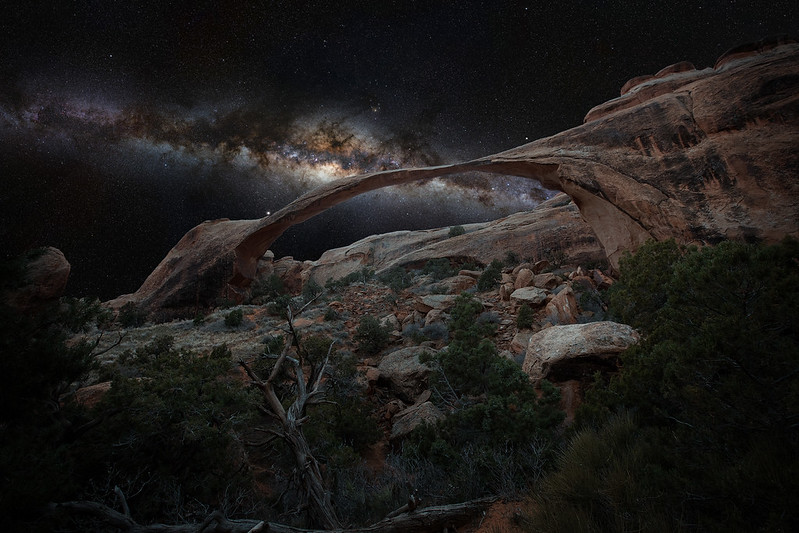 After finding our way back to the Jeep in pitch black darkness, we went back towards the double arches. We ran into a photographer that was leaving, and he told us that we came at a great time of year, as it is nearly impossible to have double arch all to yourself, which we did…… 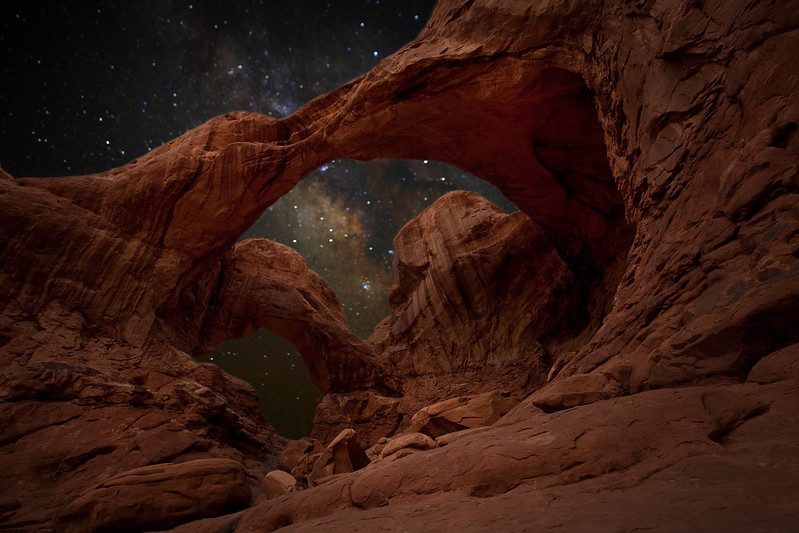 After hanging around the double arches for a bit, the wife wanted to go grab dinner and a drink in town, so we made our way out of the park and headed to the Moab Brewery, tomorrow the adventure continues.