On our final day, we just wanted to relax a bit, and while earlier in the trip, we planned on doing the hanging lake hike one more time, since we weren’t going to be near Vail, we decided to find a nice mountain lake to relax near and enjoy a nice afternoon. So after doing some research, we decided to head to clear lake, which was 12000′ high surrounded by mountains on all sides, and is actually pretty well hidden.

We first had to follow a dirt road for a few miles, 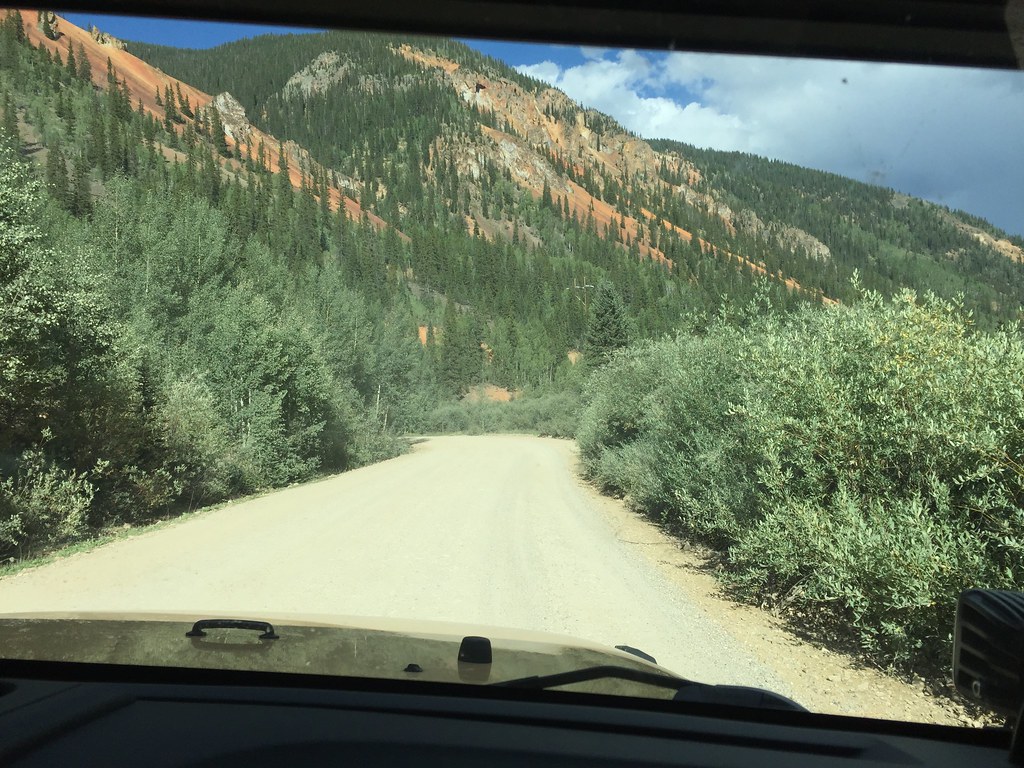 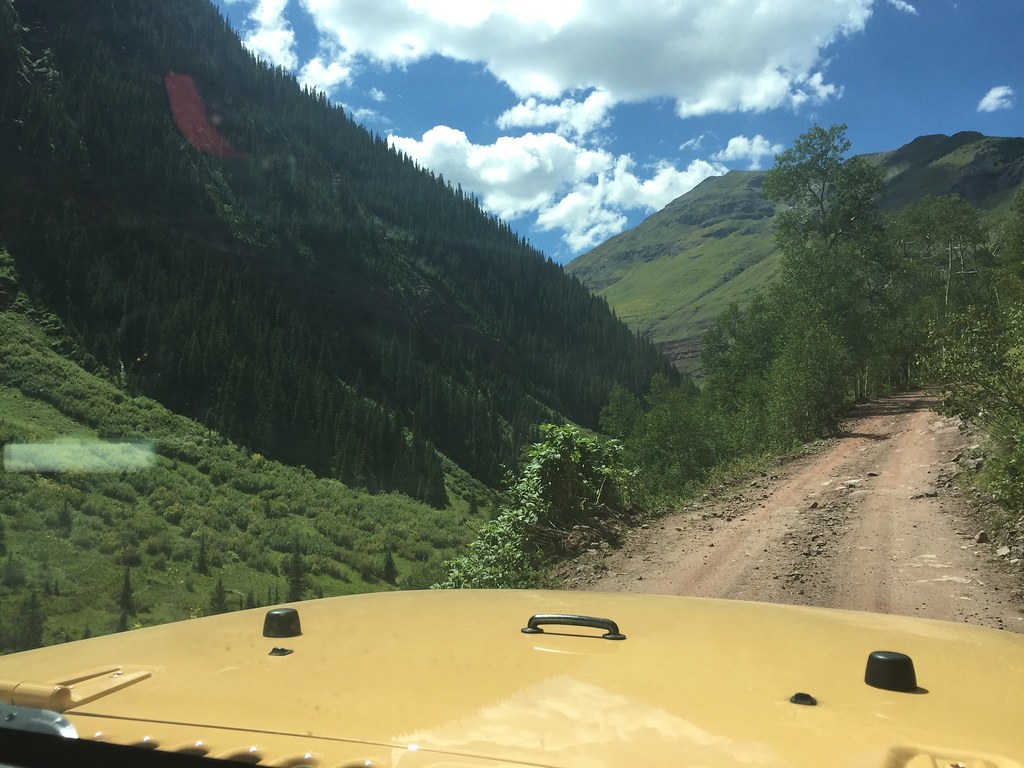 The trail is long, rocky, twisty, and a lot of it is on a shelf road which winds it’s way up the mountain, similar to black bear, just not as tight (although there were a few sections that I had to back up with my unlimited) 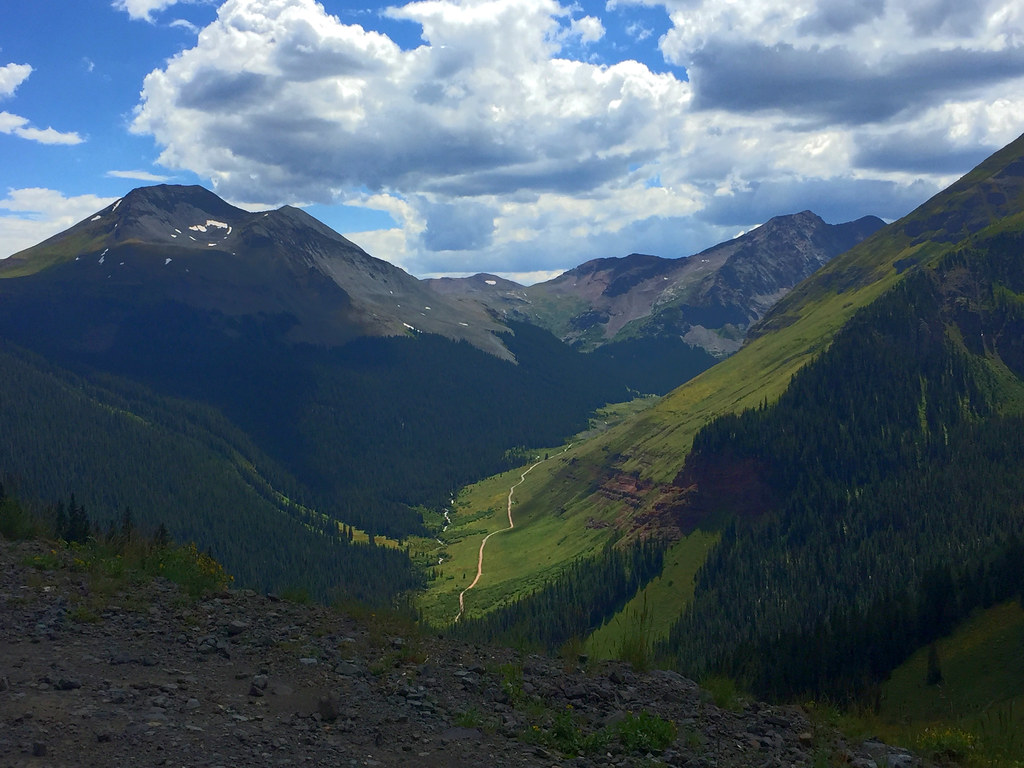 As you get close you start wondering if you are lost, because all you can see are mountains on all sides 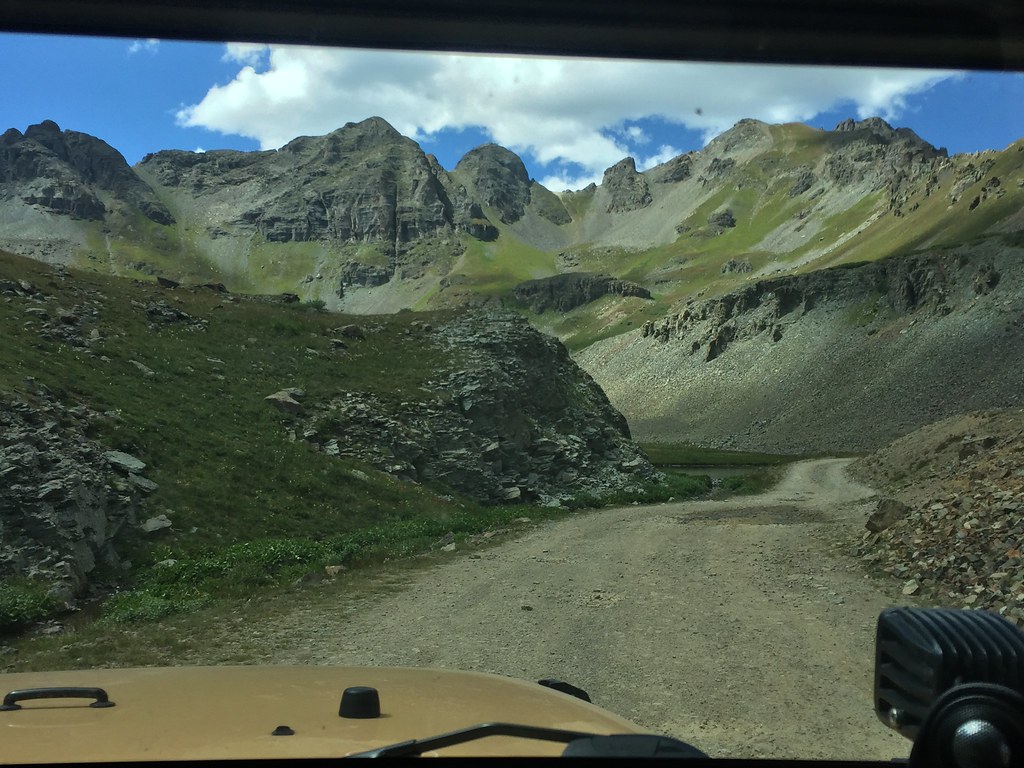 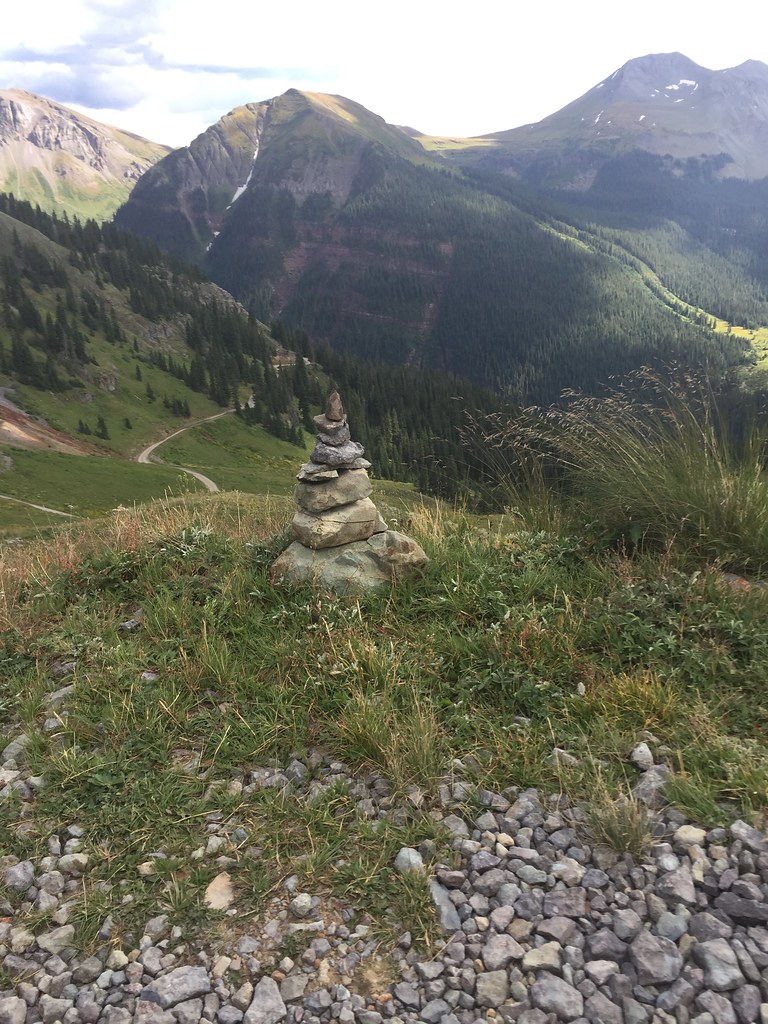 More and more switchbacks which got my wife nervous, especially the tight ones that I had to back up, notice the guy and his dog, some people hike up to this lake 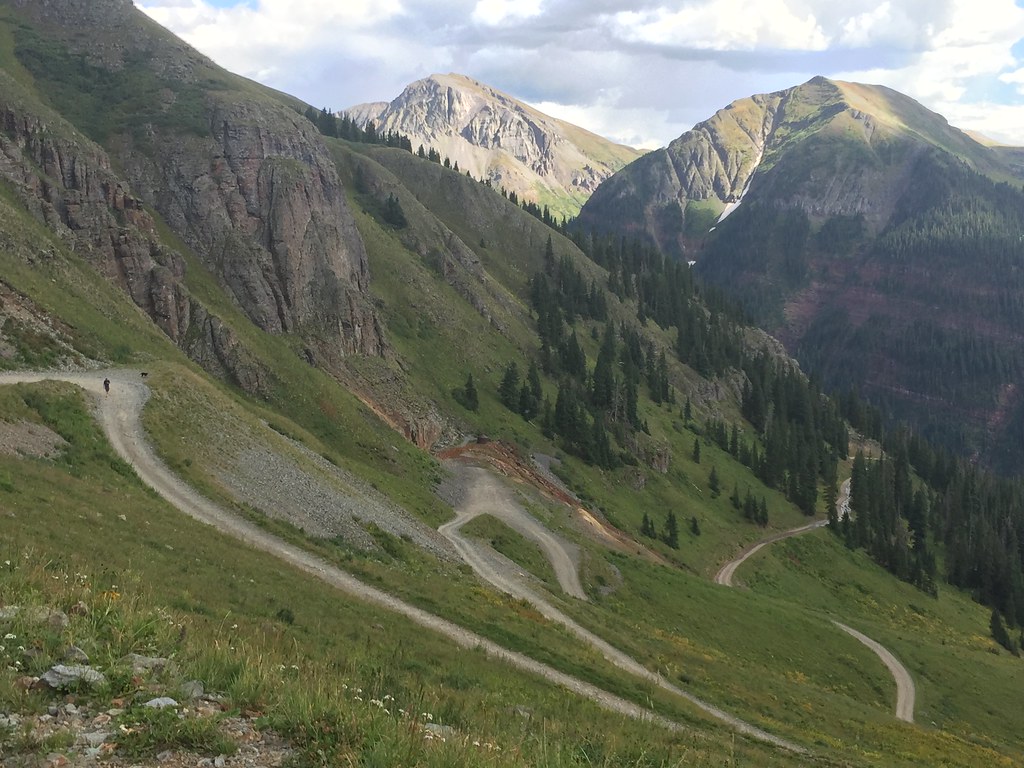 Views in every direction 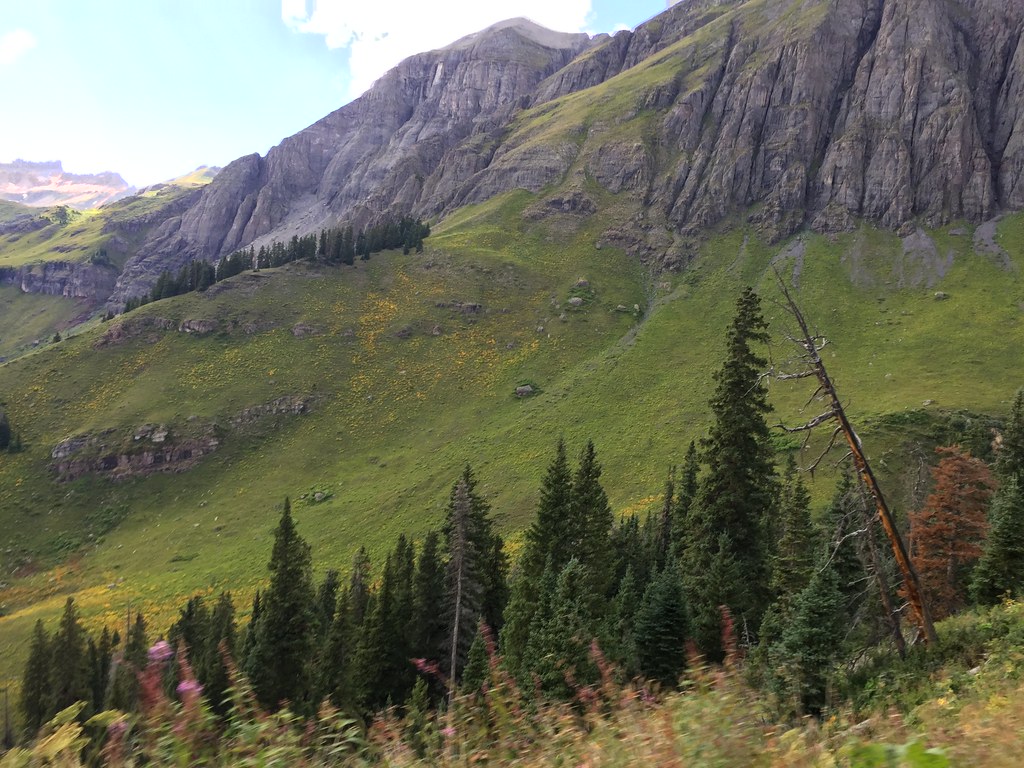 This is also the first place in Colorado that we saw some snow on the mountains still remaining, this was late August mind you. 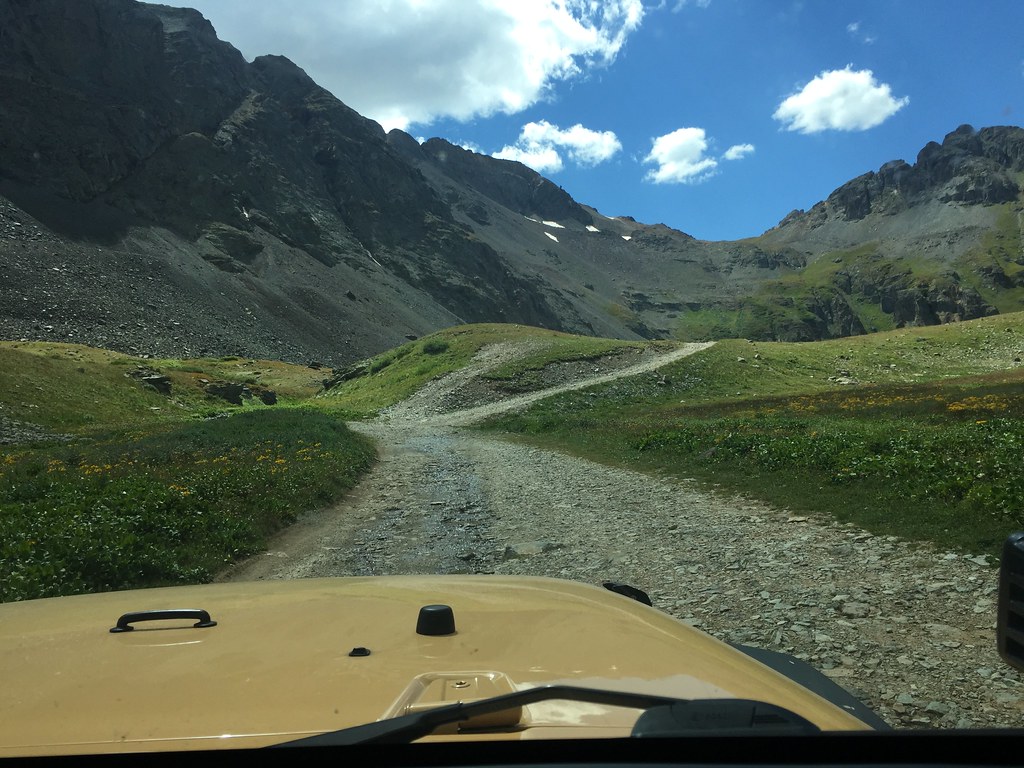 Wildflowers everywhere, it was starting to flatten out and look like a meadow, so we knew we were close 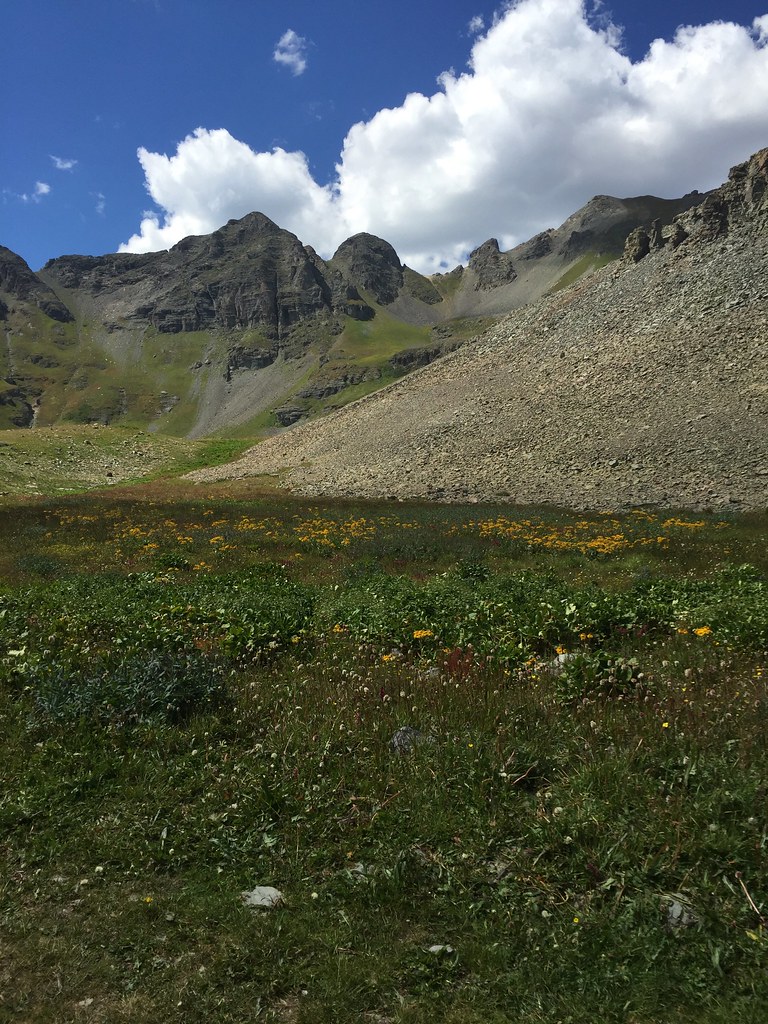 Finally we arrive, and marvel at how amazing the color just looks, especially when the sun is obscured by a cloud so the natural color can pop 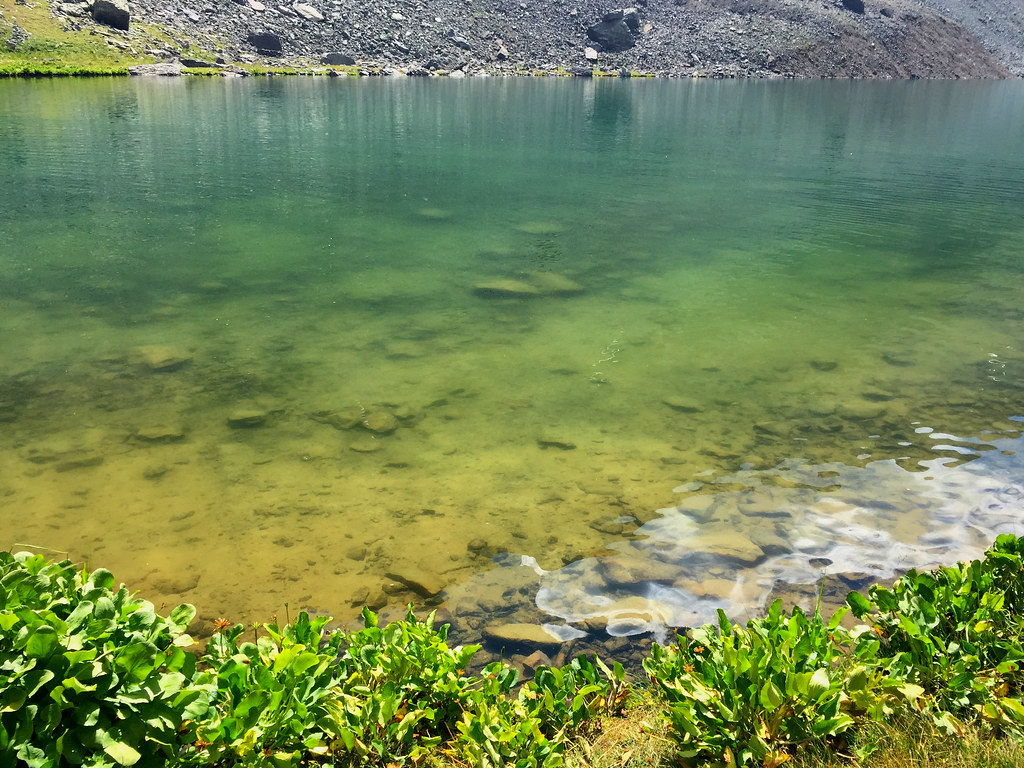 We ate a nice lunch, I snapped a few shots, and then we headed back to the hotel for the night. 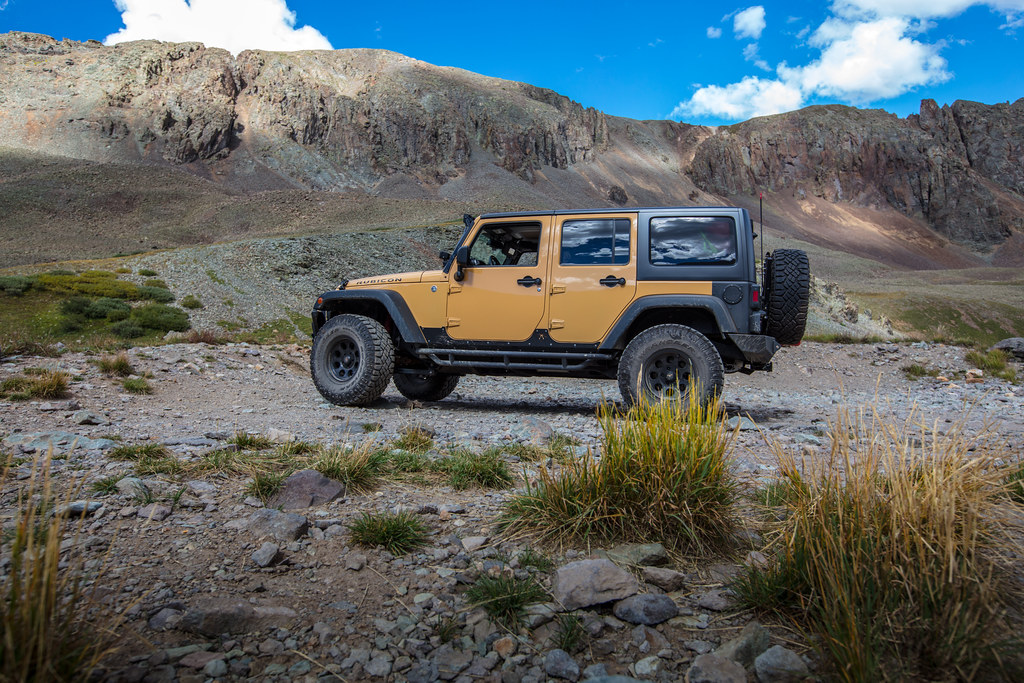 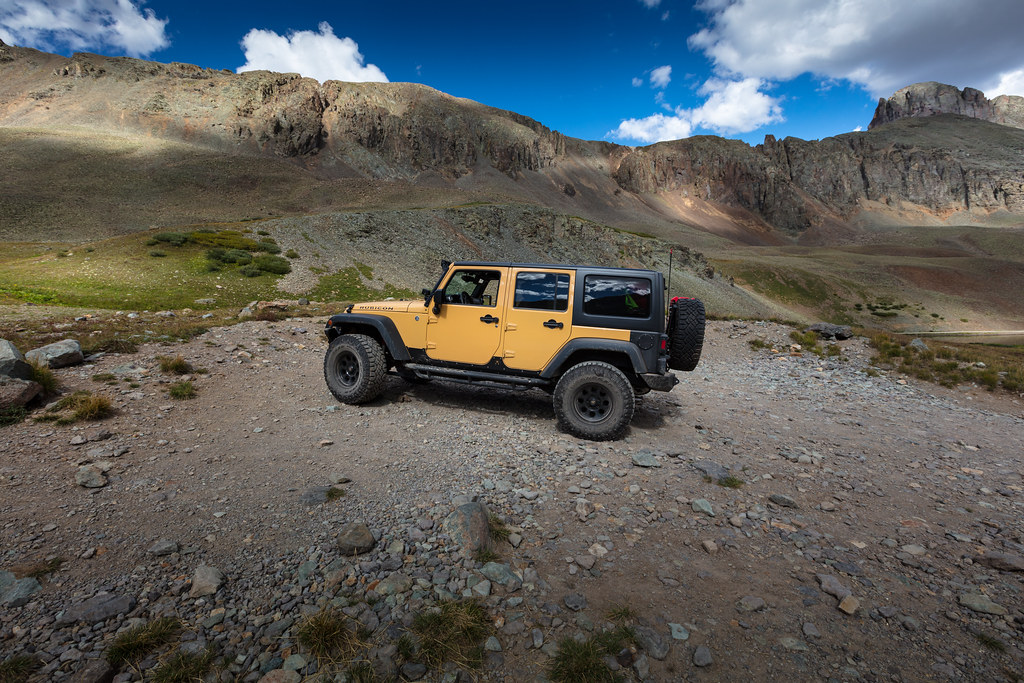 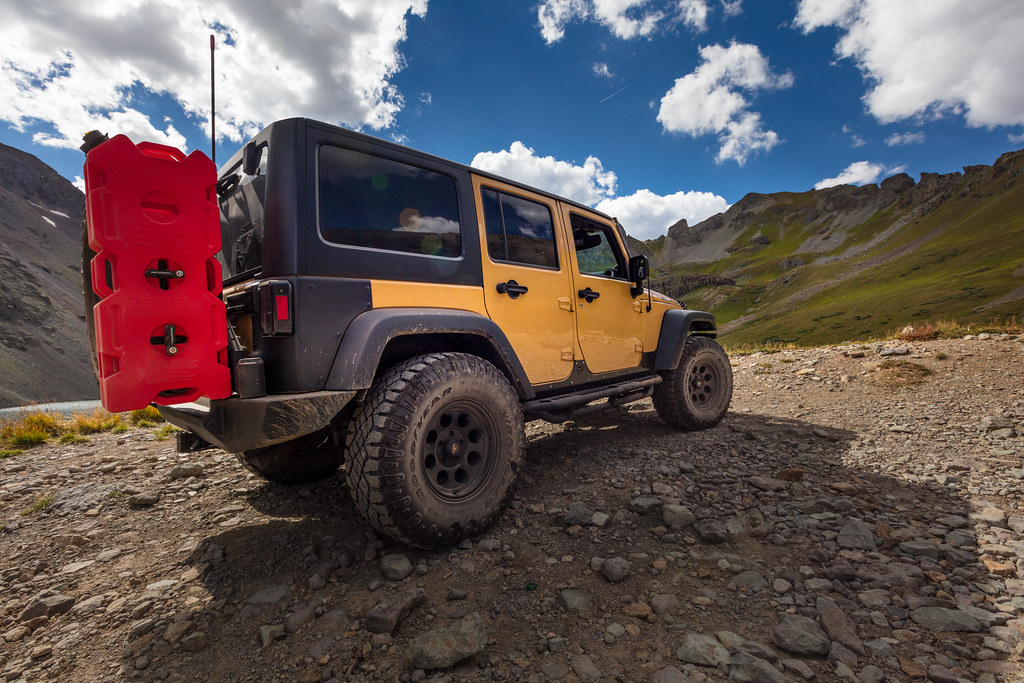 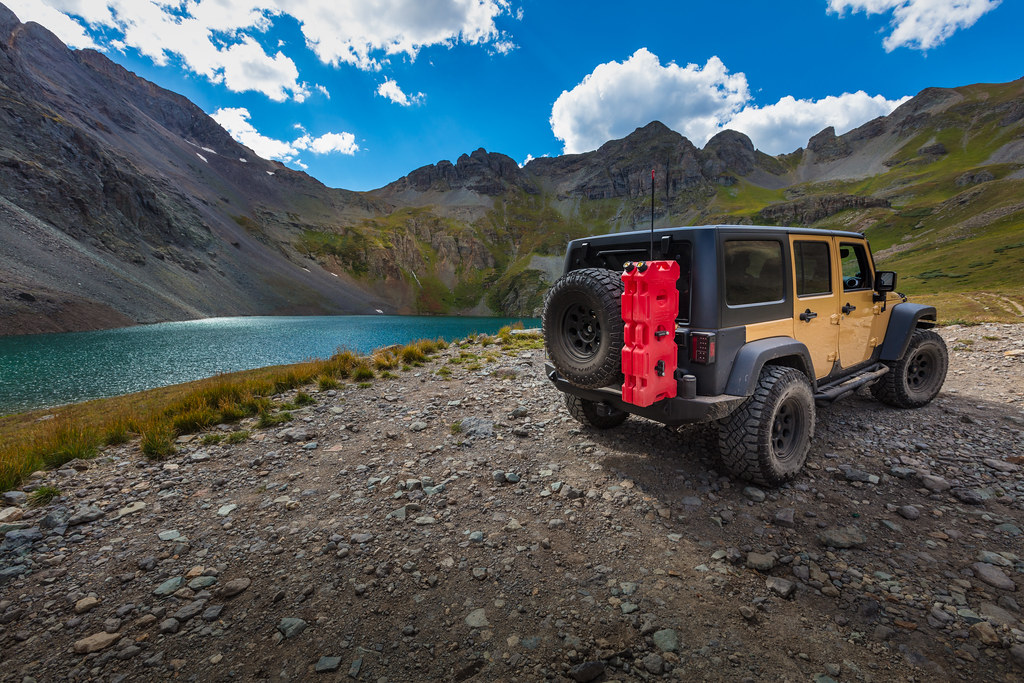 Drone issue #3, for some reason, when I tried to fly the drone here, it would only go up around 50′ or so, and they tell me max altitude reached. Yes the drone is limited to 400 feet high, but its 400 feet from where it took off, not from sealevel, so I couldn’t for the life of me figure out why it refused to fly any higher. It was probably for the best however, as the winds were pretty decent up there, and above the peaks would have probably been a real problem, as I already almost lost the drone twice this trip.

The sun was already below the mountain line of sight, so I knew it wouldn’t be long before the light was gone like a lightswitch, and I really didn’t want to be going down those switchbacks in the dark, so we bolted out of there, and settled in for the long drive back to the hotel.

Amazingly, we managed to get back to the hotel right as the sun was basically about done for the night 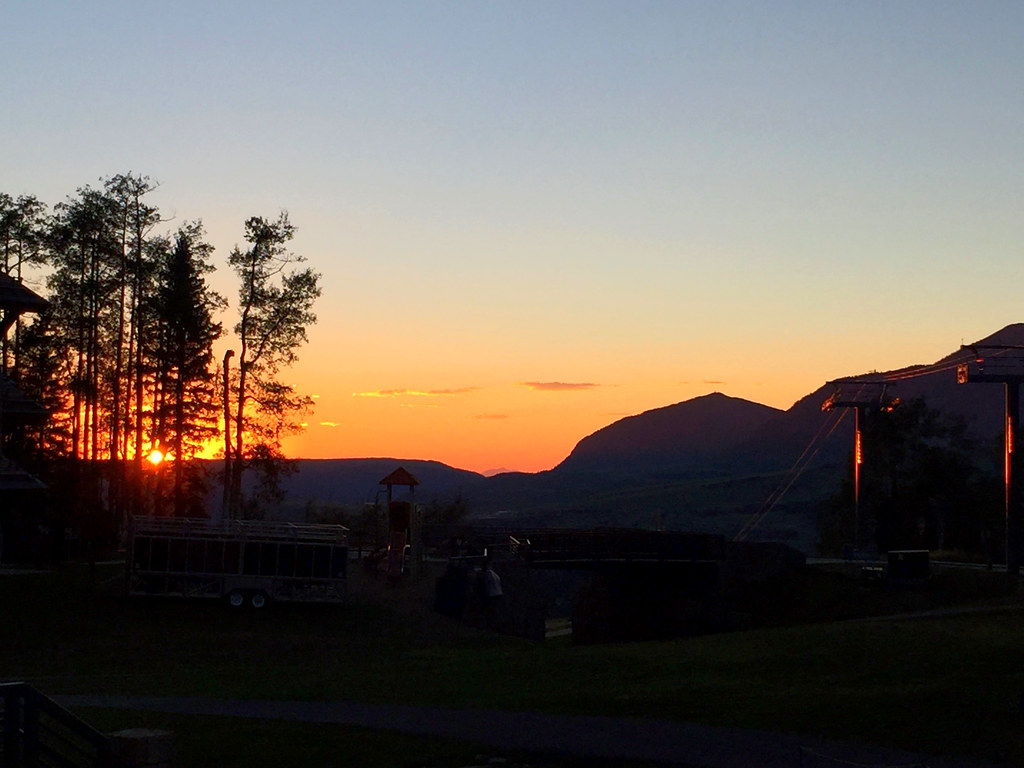 The next morning, we woke up, said our goodbye’s to the amazing scenery, and headed back towards Omaha, where my wife would be catching a flight, and I would continue to NJ by my lonesome. As odds would have it, I made it to Omaha ahead of schedule, it was 3am when I was just outside of Omaha (80 miles) and my wife’s flight wasn’t until 8pm that night. On top of all of that, we looked up her flight and already it was 3 hours delayed, so that makes it 11pm. We calculated that if she rides home with me, and we drive non stop like we did going out west, she would arrive in NJ at almost the same exact time as the flight, assuming nothing else goes wrong with the flight. She didn’t want to, but she was comfortable and half sleeping, so she decided to stick with me and drive all the way back home. I awarded here an honorary road warrior badge, NJ to Wyoming and Colorado to NJ nonstop, so she can brag proudly. We made it home unscathed, the Jeep in perfect working order, and another item crossed off the bucket list. Thanks for reading, and remember, life is a journey, take the dirt road. 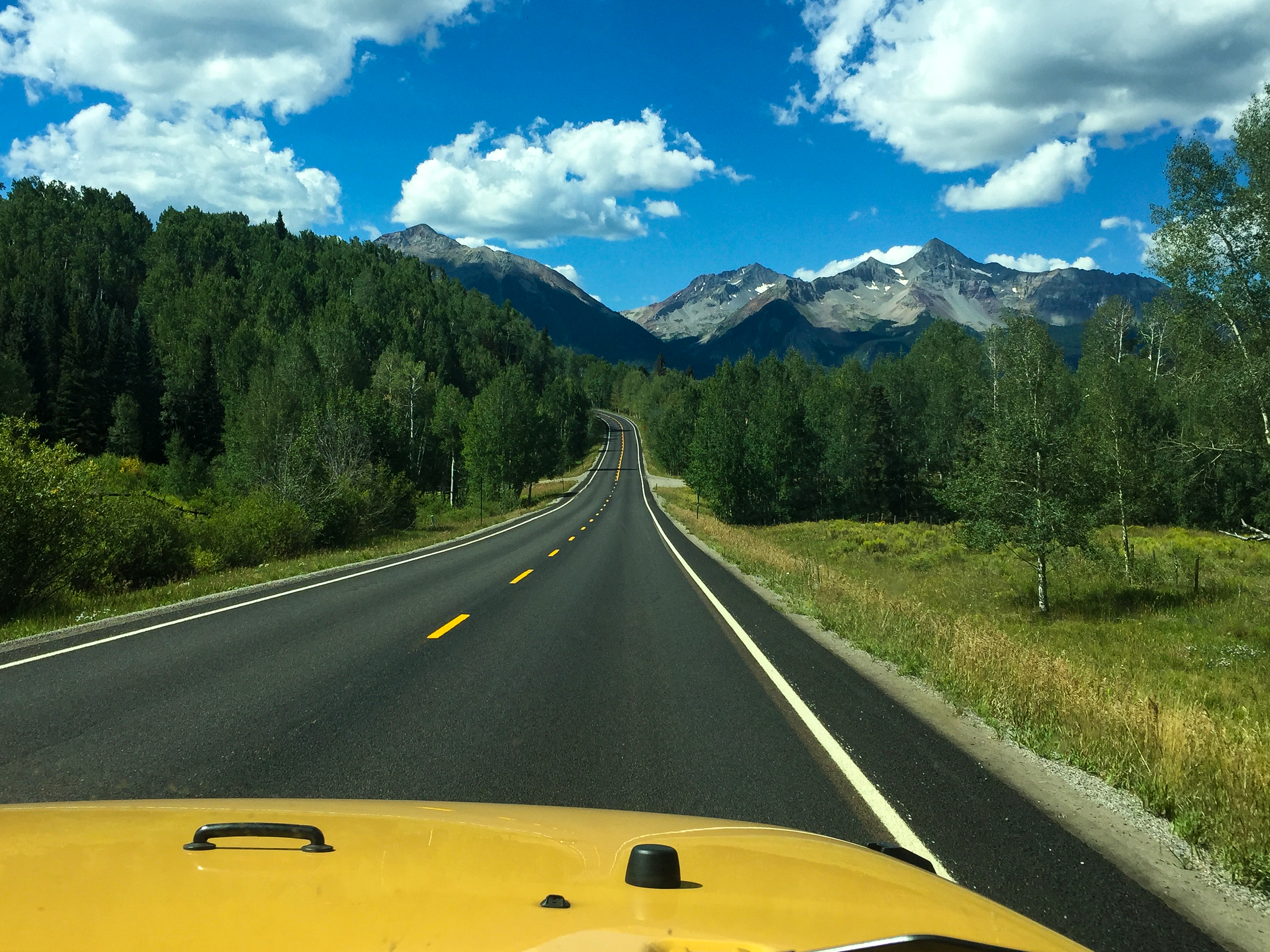